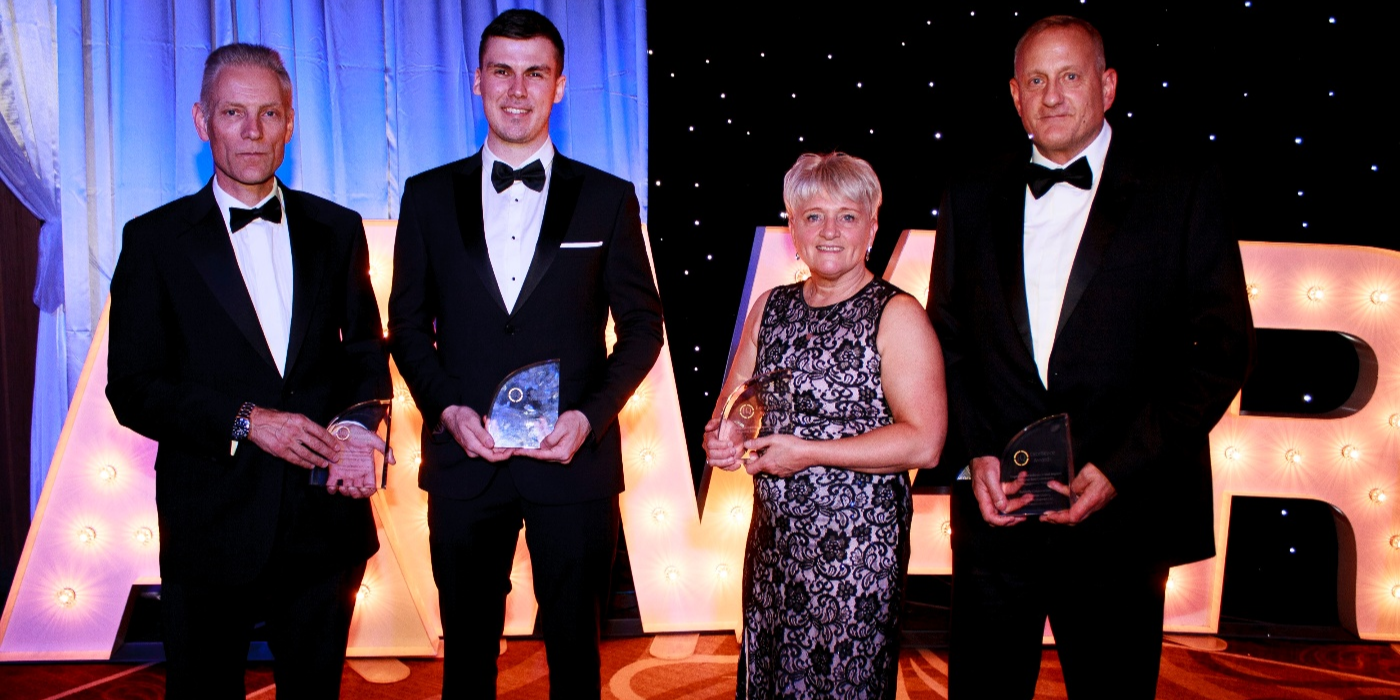 Professionals from the minerals products sector gathered in Gateshead to celebrate the first regional awards ceremony for the Institute of Quarrying (IQ) Excellence Awards on Friday 27 September 2019.

The IQ Excellence Awards celebrate the success of exceptional individuals, teams and projects around the UK. Award categories are aligned to the quadrants of the IQ Skills Wheel and recognise the positive impact professionals make across the country.

STANDARDS & PROFESSIONALISM
The Best Personal Development Project award recognises initiatives that are aimed at supporting the professional development of employees at company or site level. Rema Tip Top Industry UK Ltd won the award for ‘Conveyor Confidence Through Understanding’, with the judges expressing that the project has made a significant contribution towards some specific improved training practices and procedures.

The Health & Safety Individual Excellence award recognises the achievements of an individual in improving the health and safety performance on site. Ben Williams, Managing Director at EPC-UK, was praised by the judges for going beyond legal compliance or increasing revenue.

KNOWLEDGE & INNOVATION
The Most Effective Process Improvement award acknowledges a team, project or initiative of technical process improvement that has delivered improved operational performance. The category received many quality submissions, with Aggregate Industries crowned the winner and highly commended by the judges for its ‘Wash Plant Improvement Project’.

The Most Innovative Leader award recognises an individual who has made the best impact on the innovation ecosystem at site, business unit or organisational level. Robin Gillespie, Area Operations Manager at Hanson UK, received praise for his dissertation findings. ‘The benefits of using electronic delay versus pyrotechnical detonations for quarry blasting’ have already been introduced at Shap Quarry and recommended for implementation at Heidelberg Cement quarries around the world.

ENGAGEMENT, INFLUENCE & IMPACT
The Best Community Engagement Project award appreciates projects where sites are actively engaging their local communities and achieving positive results. Longcliffe Quarries Ltd was revealed as the winner for its 'Butterfly Conservation' project at Hoe Grange Quarry. It was described as a very good example of a genuinely collaborative approach by the company in working with the community in developing the project.

The Most Inspirational Leader award honours an individual who has made the strongest positive impact on the team they are part of. Winner Susan Arnott, IQ North of England, was praised for her commitment and support for the Institute and its members and described as an unsung hero.

PERSONAL EFFECTIVENESS
The Best Initiative to Engage Workforce or Team award recognises the best initiative aimed at supporting workforce engagement at either company or site team level. ‘Commit To Be Fit’ from EPC-UK won the award, a project that has made a significant impact in the business.

The Most Promising Future Leader award recognises a talented individual for building their all-round knowledge and skills. Tom O'Boyle, Project Manager at Hanson UK, received the accolade and described as a great ambassador for the industry.

James Thorne, Chief Executive Officer at IQ, says: “There are some great initiatives happening across the north of England, as well as individuals that go above and beyond what is expected of them in their day-to-day role. The awards evening was enthused with joy and excitement. On behalf of everyone at IQ, congratulations to all the finalists and best of luck to the regional winners at the National Excellence Awards!”

With IQ Excellence Awards presentations taking place in Scotland, Northern Ireland, Wales and England, each regional award winner automatically goes forward to the National Excellence Awards to compete for the overall title in each category at Hillhead 2020.