Individuals, teams and projects from across the mineral products sector in Scotland have received industry recognition at the regional IQ Excellence Awards.

The annual Institute of Quarrying (IQ) Scottish Branch Dinner Dance at Hilton, Glasgow provided the perfect backdrop for winners to accept their prizes in front of family, friends and industry professionals. 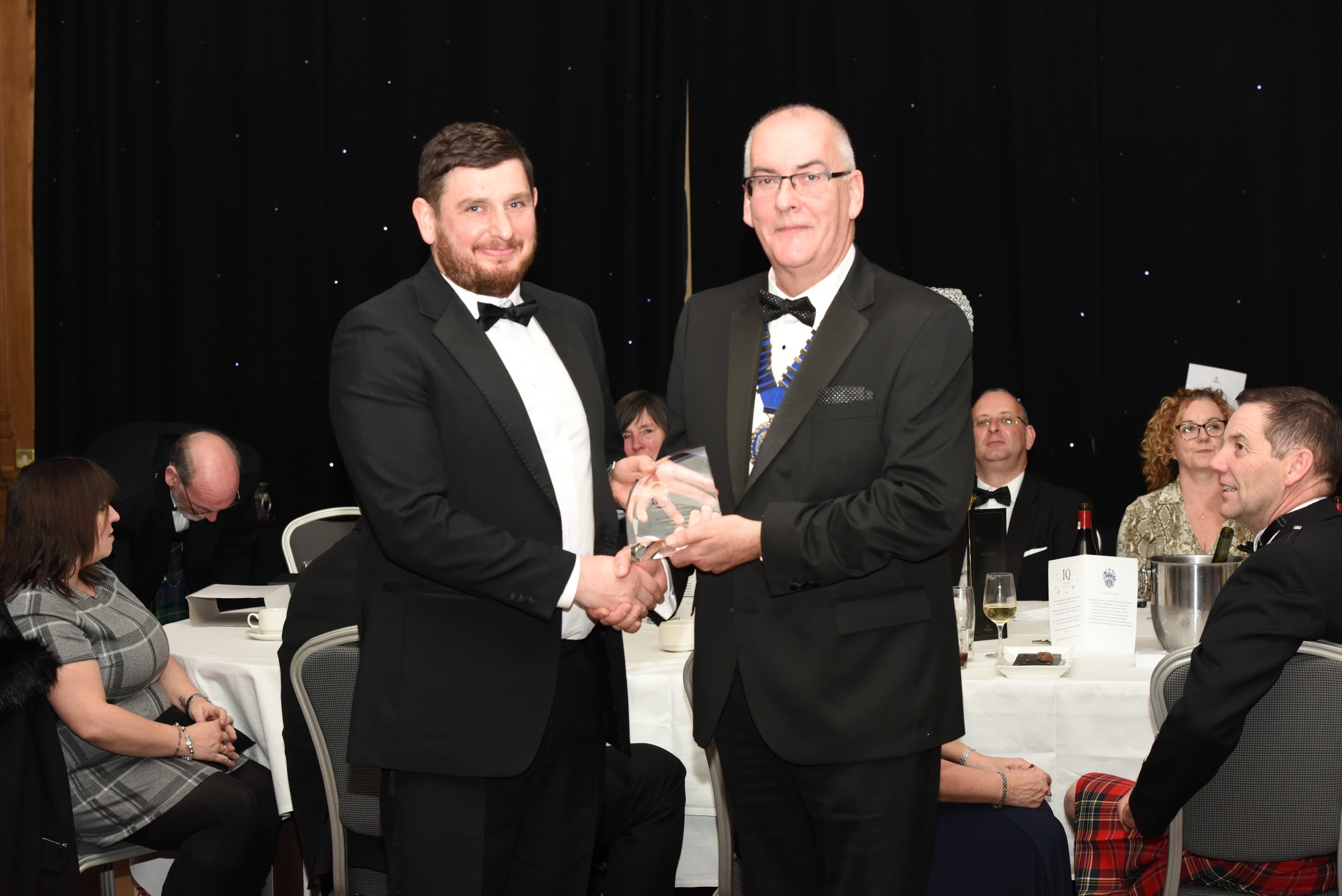 The IQ Excellence Awards celebrate the success of exceptional individuals, teams and projects around the UK. Award categories are aligned to the quadrants of the IQ Skills Wheel and promote the positive impact professionals make across the country.

STANDARDS & PROFESSIONALISM
The Health & Safety Individual Excellence Award recognises the achievements of an individual in improving the health and safety performance on site.

Brian Binnie, Denfind Stone, was awarded the prize with judges impressed with the commitment that the family business has towards understanding the health effects and environmental impacts of silica dust. Working with experts and engaging with the local community who had expressed concerns about the matter, Brian Binnie and the team at Denfind Stone have done impressive work to demonstrate their knowledge and management of the subject.

The Most Effective Process Improvement Award acknowledges a team, project or initiative of technical process improvement that has delivered improved operational performance.

BAM Ritchies was crowned the winner for its Glensanda Drill & Blast project. The judges were impressed with the professional awards submission received, which had a clear, well set out vision to safely produce rock fragments suited to the loading machines and crusher. With zero lost-time injuries, BAM Ritchies has improved its process to increase efficiency and reduce fuel usage.

Breedon Group was praised by judges for its Highland Football League Sponsorship. It was described as a very creative way of bringing the quarrying industry closer to local communities, as well as helping to support employee engagement through the commitment to local teams.

PERSONAL EFFECTIVENESS
The Most Promising Future Leader award recognises a talented individual for building their all-round knowledge and skills.

Bartosz Smoczek, Trainee Operations Manager, Breedon Group, won the award. His hard work, willingness to learn and implementation of new ideas and innovations to take the business forward were acknowledged by the judges. He has been described as a positive role model with a great future ahead of him.

Sarah Fry, Head of Membership and Marketing, IQ, attended the regional ceremony in Glasgow: “It was a pleasure attending the Scottish IQ Awards and raising a glass to all of the finalists. On behalf of everyone at IQ, congratulations to all of the winners.

“My visit to Glasgow was made extra special when the IQ Scottish branch invited me to do the ceremonial cutting of the beef and toast the Piper and the Chef, in the traditional way, with a wee dram. What an honour.”

The Scottish IQ Branch is delighted to report that more than £6,600 was raised for charity on the night as well. Monies will be split equally between My Name’s Doddie, a foundation that is committed to helping improve the lives of those affected by Motor Neuron Disease, and Mates in Mind, a charitable programme to improve and promote positive mental health in the workplace.

The IQ Excellence Awards celebrate the success of exceptional individuals, teams and projects around the UK. Award categories are aligned to the quadrants of the IQ Skills Wheel and promote the positive impact professionals make across the country. Each regional award winner automatically goes forward to the National Excellence Awards to compete for the overall title in each category.