2017 was a milestone year for the Institute of Quarrying (IQ).

Celebrating 100 years of existence was naturally a time for celebration, but the opportunity was also seen to make use of this landmark occasion as a platform to promote the benefits of the industry to the masses and stimulate interest in careers within the sector.

In late 2015 IQ members were tasked with proposing ideas of a suitable promotional event that could be run in 2017. Glyn Barnes proposed the idea creating a show garden at a Royal Horticultural Society (RHS) flower show, with a view to engaging and educating the public about the complexities of quarrying and how it can be a force for good, benefiting both the economy and the built and natural environments.

Chatsworth has a strong legacy of quarrying and so the inaugural Chatsworth Flower Show was selected as the ideal event. With the show to be held in summer 2017 it provided a year and half to prepare.

The show garden was envisaged as the jewel in the crown for the centenary programme of celebrations, with objectives to raise the profile of IQ, educate and inform the public about the benefits of quarrying in addition to driving interest in careers within the quarrying industry.

The importance of having a high-profile spokesperson was recognised and therefore Peregrine Cavendish, the Duke of Devonshire, was approached to act as a patron of the project. As an avid supporter of the quarrying industry, the Duke was ideally suited. 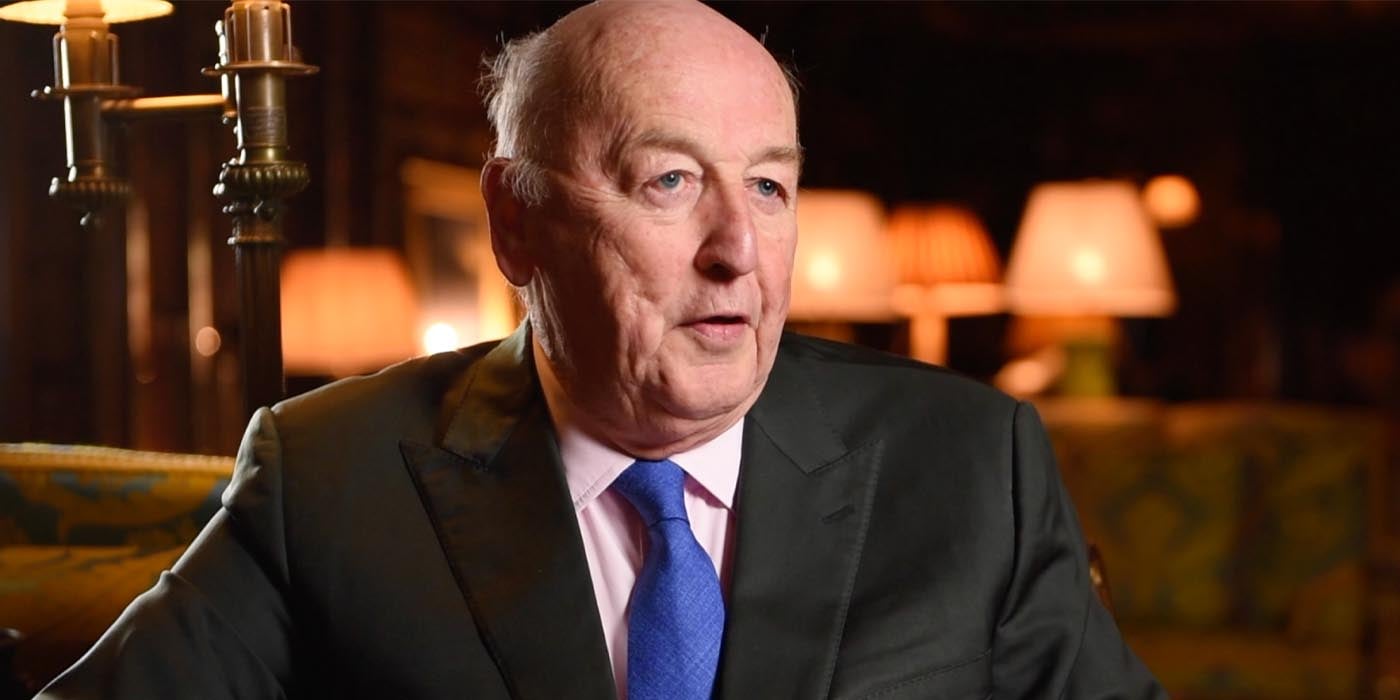 Peregrine Cavendish, the Duke of Devonshire

Industry peers were also involved in the project to share their knowledge, products, materials, financial sponsorship and manpower in the form of volunteers. A selection of key supporters included Aggregate Industries, Tarmac, Hanson, CEMEX, University of Derby and Nature After Minerals, to name just a few.

Engaging the next generation of talent

A partnership with Nottingham Trent University was struck to integrate the show garden into the course’s curriculum and invited its second-year horticultural students to become key members of the project team.

The students’ roles compassed creating design ideas for our show garden, which then fed into the final project design, conducting site visits to our partners to see first-hand how the materials for the show garden would be sourced, volunteering at the show itself, where they engaged with members of the public about their own personal experiences within the sector and project, along with contributing to the communications strategy by documenting their experience on the project through personal blogs and TV interviews.

The students gained over 230 hours of work experience from the project along with acquiring important industry contacts, both of which have undoubtedly assisted in their future career opportunities. 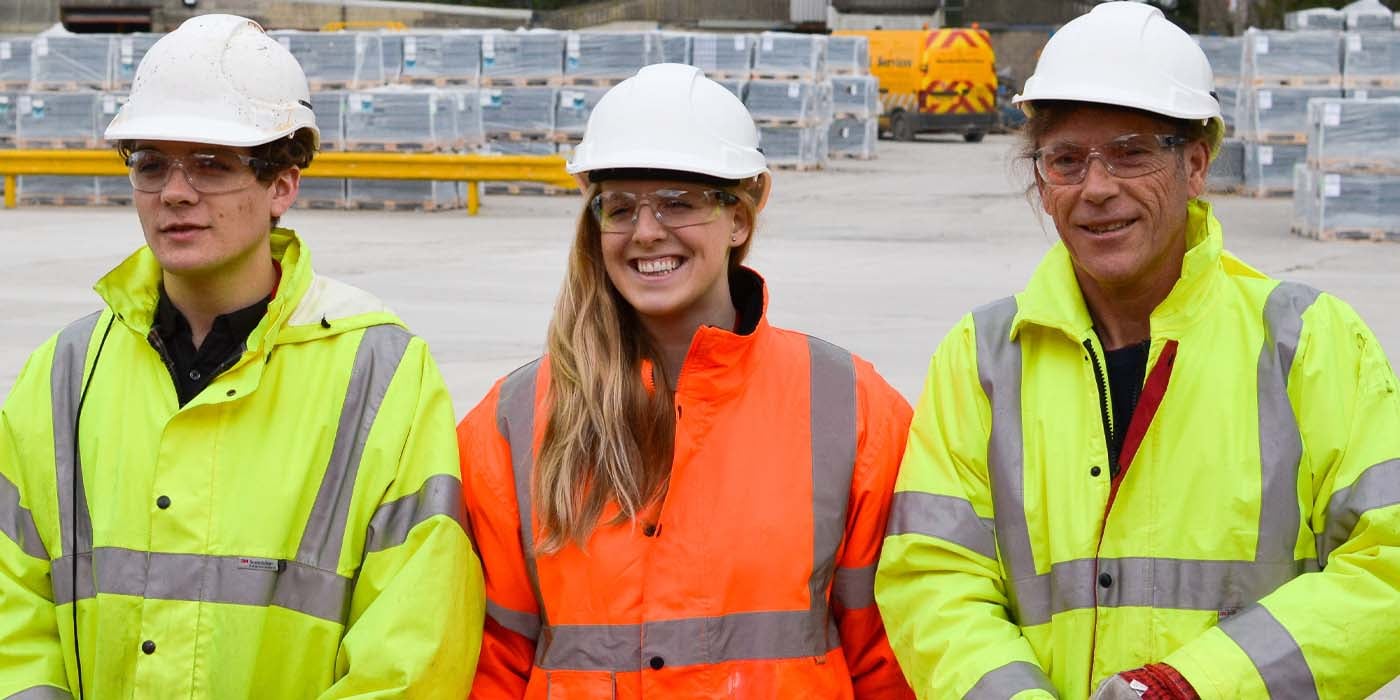 Left to right: Will Scholey, Connie Cliff and Paul Bateman on attending a site visit to HollandWard

Internationally acclaimed landscape designer Paul Hervey-Brookes was appointed to manage the design of the show garden. Paul worked with the students, explaining the process, assessing their designs and then incorporating the strongest elements into his own design. 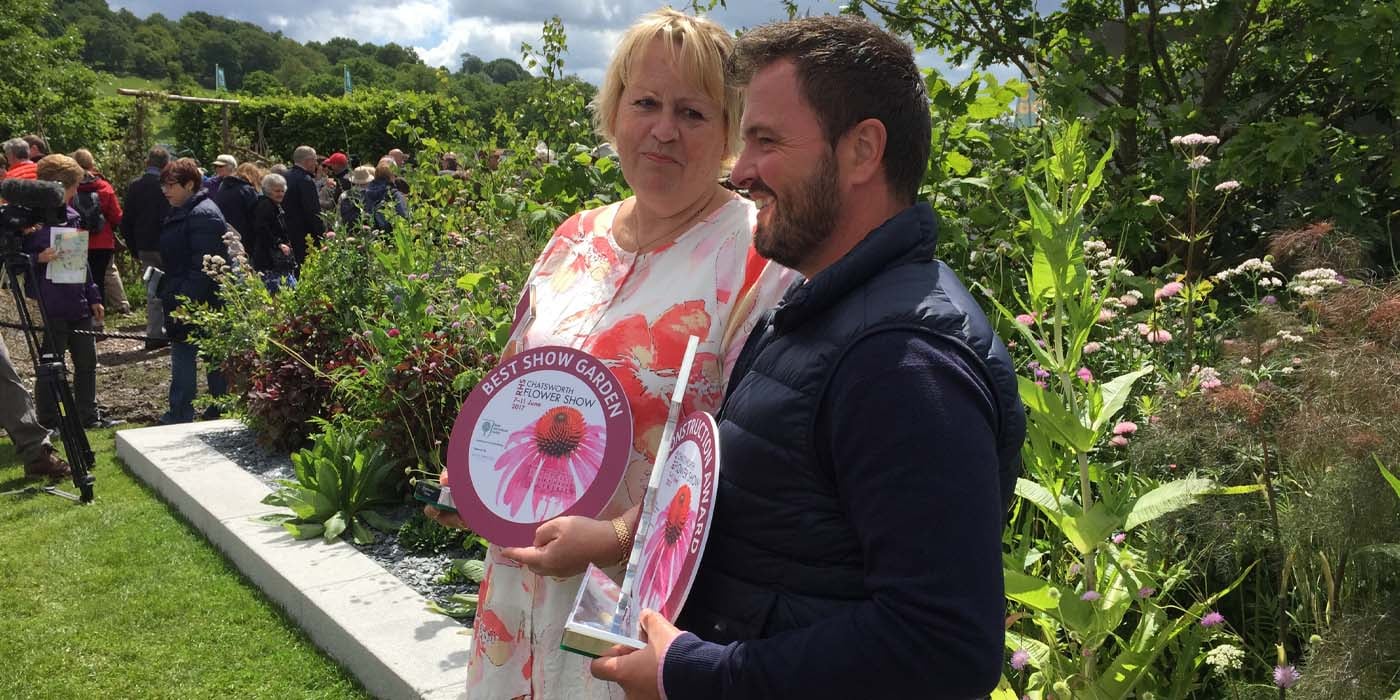 The concept of the final design aimed to show people the benefits of quarrying, both in providing materials for the built environment as well as providing the natural environments needed to support biodiversity.

Following one and a half years of planning, the final design was constructed for the five-day Chatsworth Flower Show in June-2017 and encompassed three zones. 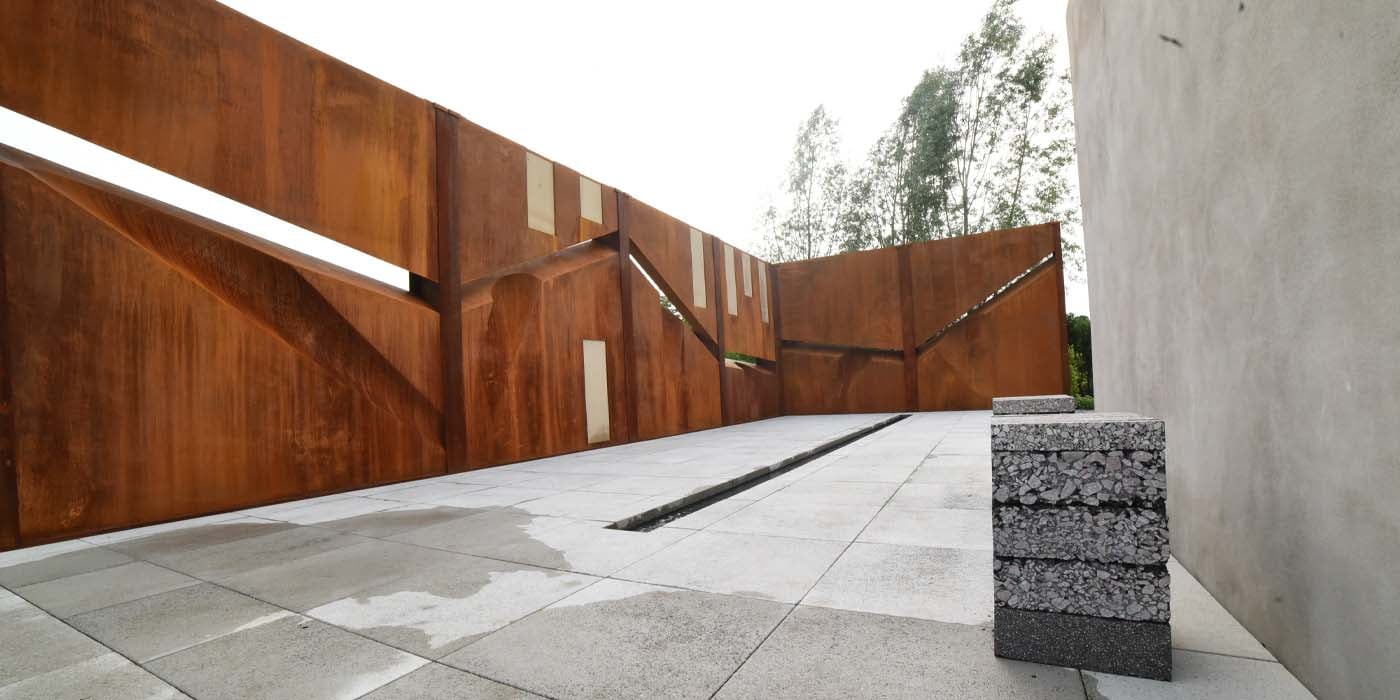 Concrete took centre stage for the central zone of the garden, representing the importance of this building material to the construction industry. A sunken pond symbolised a quarry environment, with its stepped sides and hidden water feature nestling out of sight, mirroring the way that our quarries are hidden from view.

Concrete also featured on the two vertical walls, one of which supported the garden’s steel pergola, into which the IQ’s motto ‘Terram autem filiis hominum’ (the fruits of the earth for the children of men) was cast. 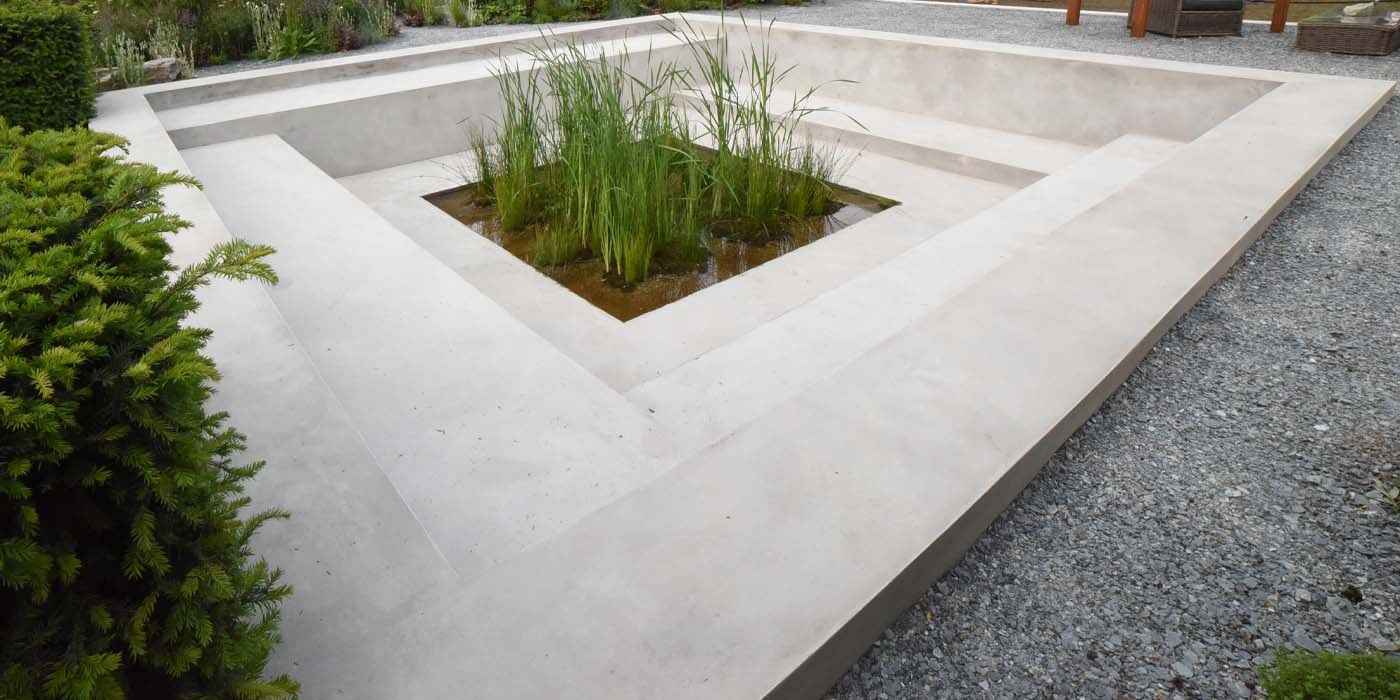 The final zone featured natural planting designed to represent the self-seeding plants and wildflowers that inhabit quarries when they reach the end of their useful life and are converted into nature reserves. This both created a beautiful space and promoted the importance of biodiversity and habitat creation. 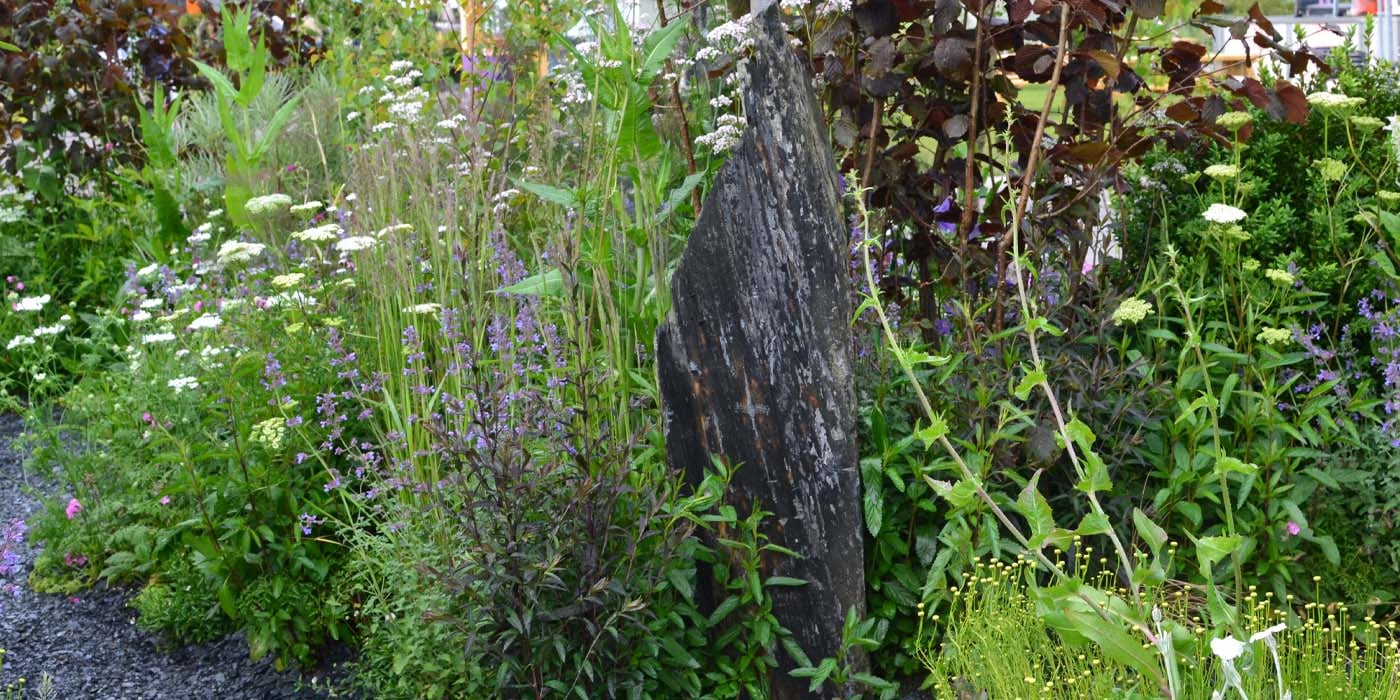 A range of additional materials were incorporated throughout the zones to highlight the diversity of materials that can be sourced through quarrying, including shale, limestone, granite and slate.

A team of 28 volunteers assisted across the five-day event including representatives from IQ, university students and a variety of suppliers/partners involved within the project.

The team provided tours for visitors where they explained the concept behind our approach, the people involved and the choice of materials, all while subtlety promoting the Institute and careers within the sector. 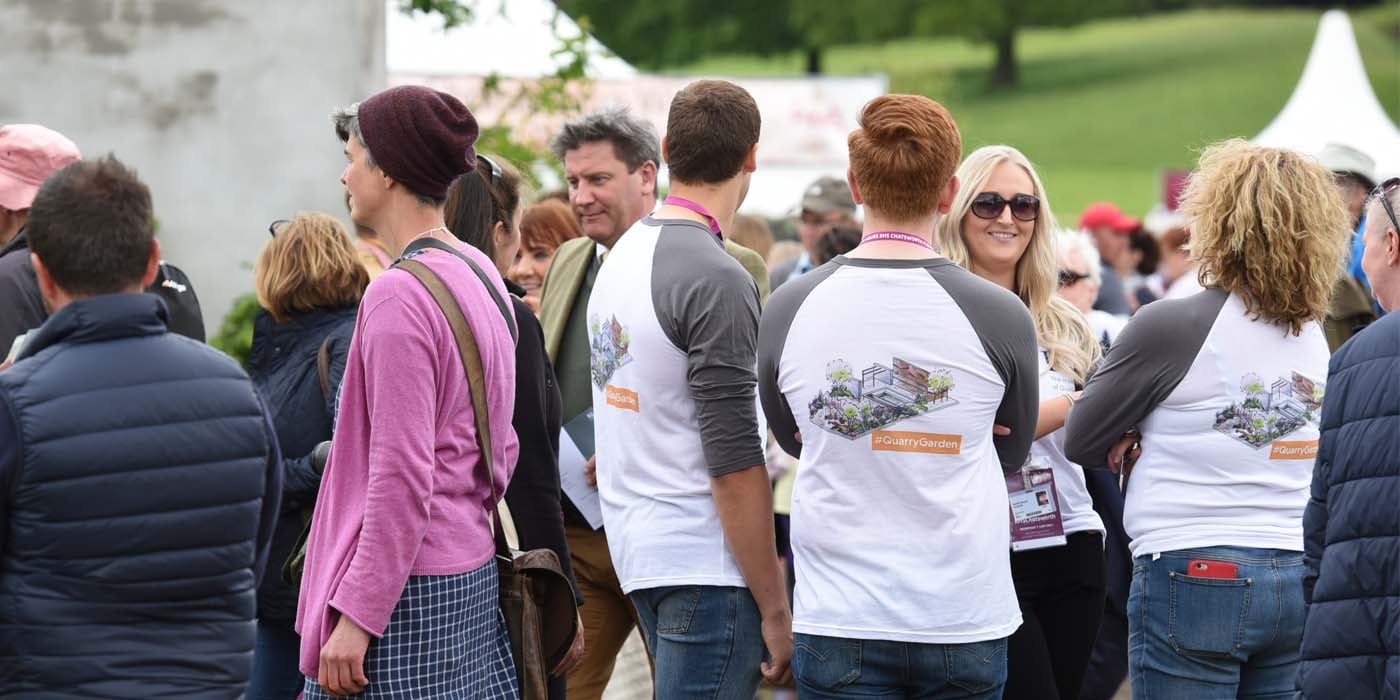 During the project, the IQ worked closely with Nature After Minerals, a partnership programme led by the Royal Society for the Protection of Birds, to create an educational film showing the life cycle of mineral extraction at the 175-hectare Langford Lowfields quarry in Nottinghamshire.

Filmed using state-of-the-art 360-degree cameras, the short film was screened across three linked panels alongside the Quarry Garden. The video guided visitors through the life cycle of a quarry, from pre-extraction to extraction and finally to restoration as a nature reserve.

To ensure the longevity of the project after the crowds from the show had long since left a range of post-show activities were invested in.

A second 360-degree film was created, capturing highlights of the show garden at the Chatsworth Flower Show. The film premiered at IQ’s centenary conference in a 4-sided cinema pod, providing a fully immersive experience to the audience of 167 attendees.

Rehoming the garden at the National Memorial Arboretum

Finally, to maximise the long-term impact of the garden, a permanent home was found for this to be recreated at the National Memorial Arboretum (NMA) in Staffordshire, a former sand and gravel quarry.

The garden was erected in its new location October 2017. To celebrate, a launch event was held with the original project team and representatives from the Institute of Quarrying, National Memorial Arboretum and the press. 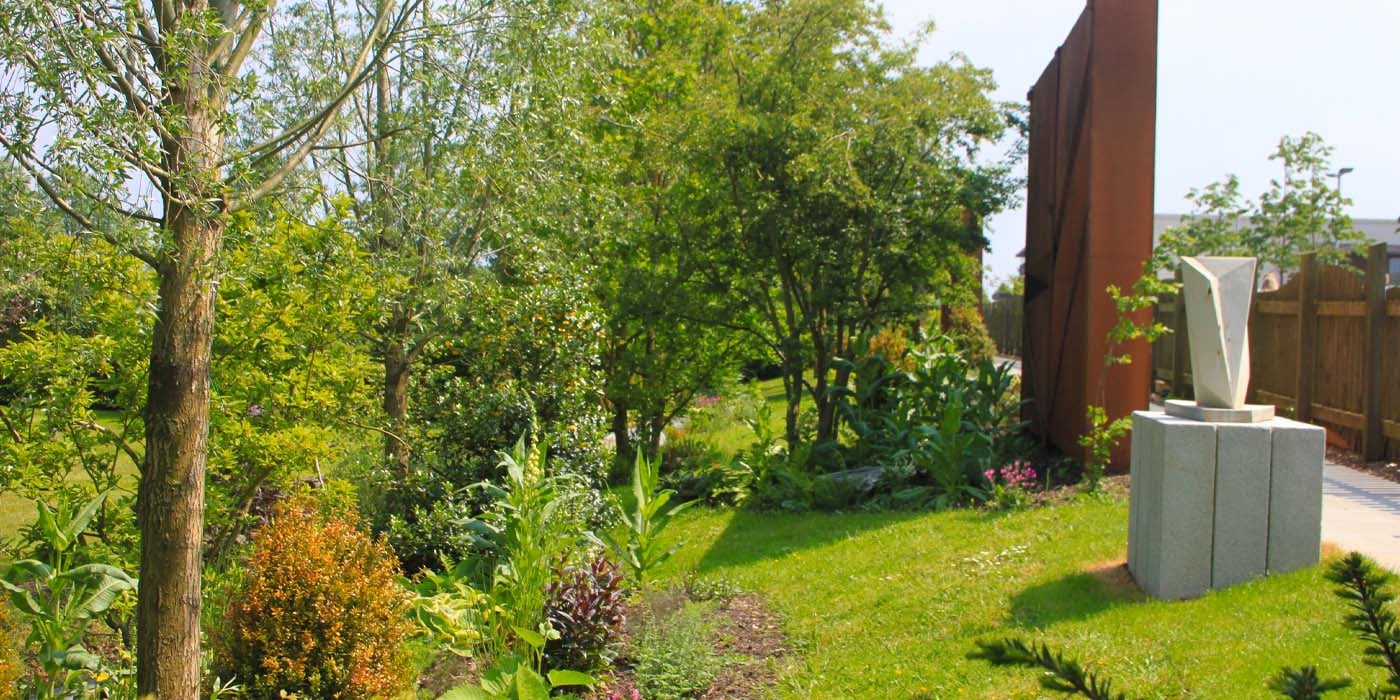 An innovative and ground-breaking campaign the IQ centenary celebrations were a resounding success and marked a wealth of milestone achievements. Not only was the show garden the largest marketing activity ever conducted in the 100-year history of the IQ, but the garden was also the largest on display at the Chatsworth Flower Show and one of the largest to have ever been displayed in the 104-year history of RHS garden shows.

An award-winning success, the garden was recognised by being rewarded with three accolades from the Chatsworth Flower Show, as the garden achieved a Gold medal along with two coveted awards for ‘Best in Show’ and ‘Best Construction’. 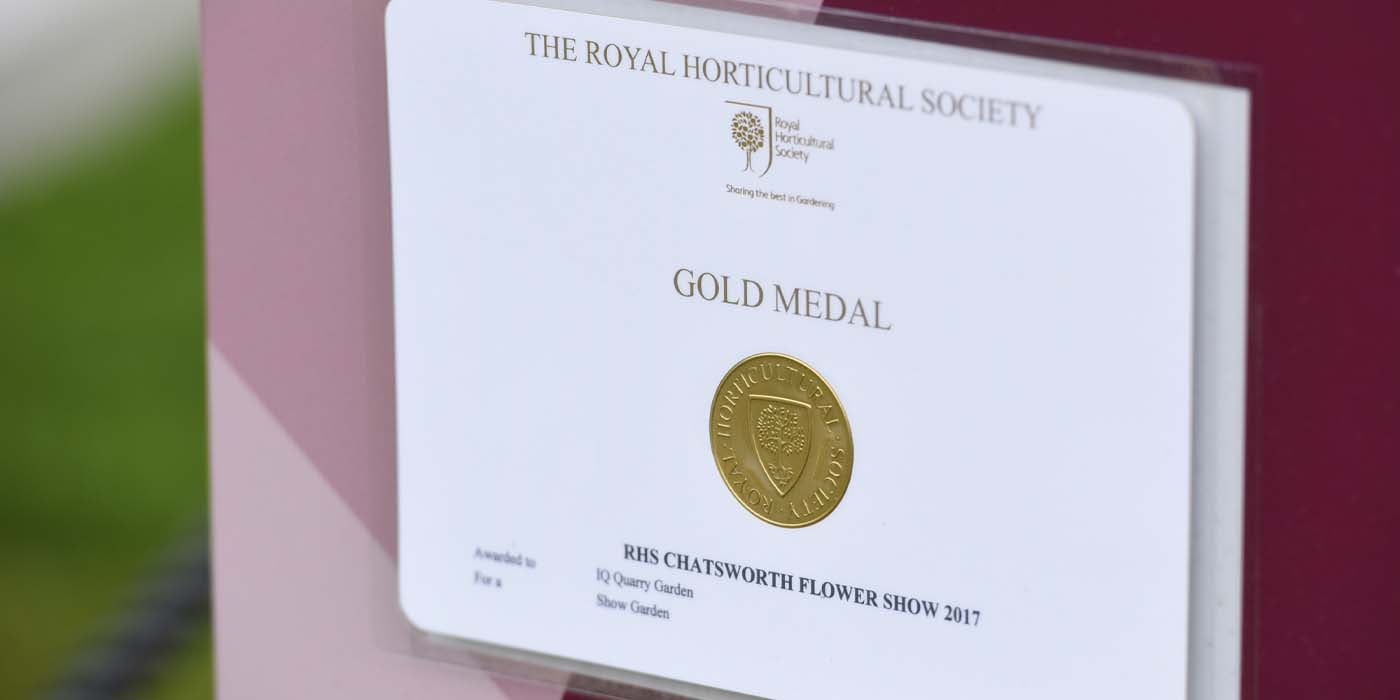 The Quarry Garden project represented a marketing campaign of an unprecedented scale for the IQ. One that’s successfully strengthened the brand, improved public perception of the sector and delivered exceptional return on investment, but above all, it played a central role in addressing the talent shortage facing our industry. 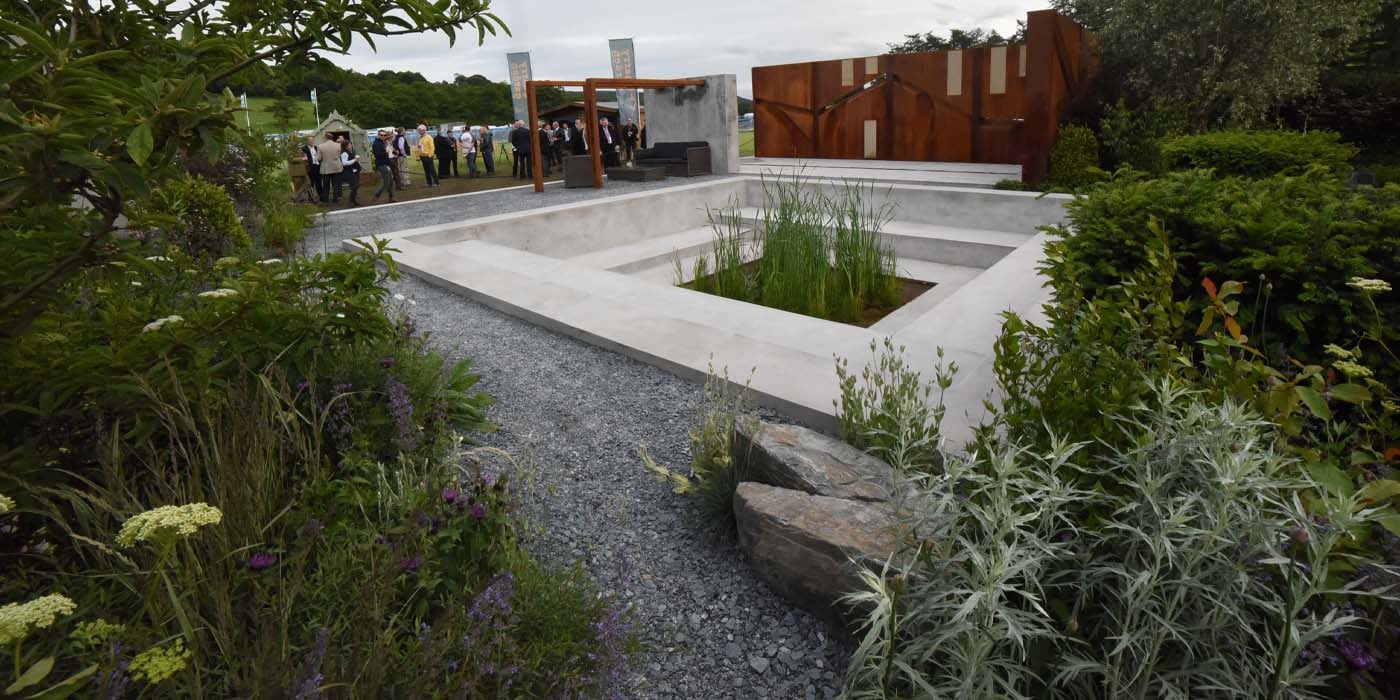