Spotlight on IQ Student Award Winners: Where are they now? 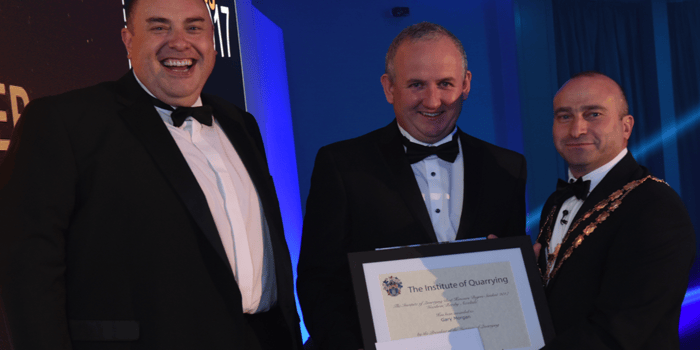 Over the years, the annual Institute of Quarrying (IQ) Student Awards have recognised the exceptional achievements of countless individuals committed to improving their knowledge at the University of Derby’s Centre for Mineral Products Professional Development. But the awards are just part of the story. So where are some of these award winners now?

James Thorne is Chief Executive Officer of the Institute of Quarrying. He says: “Each year the IQ Student Awards are presented for academic excellence to students attending the University of Derby’s Centre for Mineral Products Professional Development. The six award categories are each named after a legacy sponsor from within the industry.

“Whilst we celebrate the success of each winner with an award, it’s also important to follow up with them later to find out how they are progressing in their careers. What’s especially rewarding is to see how continuing professional development often translates into career progression, as demonstrated by Callam and both Garys.”

Callam Brough MIQ is now Area Technical Manager at Aggregate Industries. He completed the Foundation degree (FdSc in Minerals Extractives), the BSc in Minerals Management and a University Diploma in Concrete Technology at the University of Derby Centre for Mineral Products Professional Development. He says: “Since winning the Goodwin Barsby Award I have continued to make good progress in my career and I have been promoted to Area Technical Manager at Aggregate Industries. 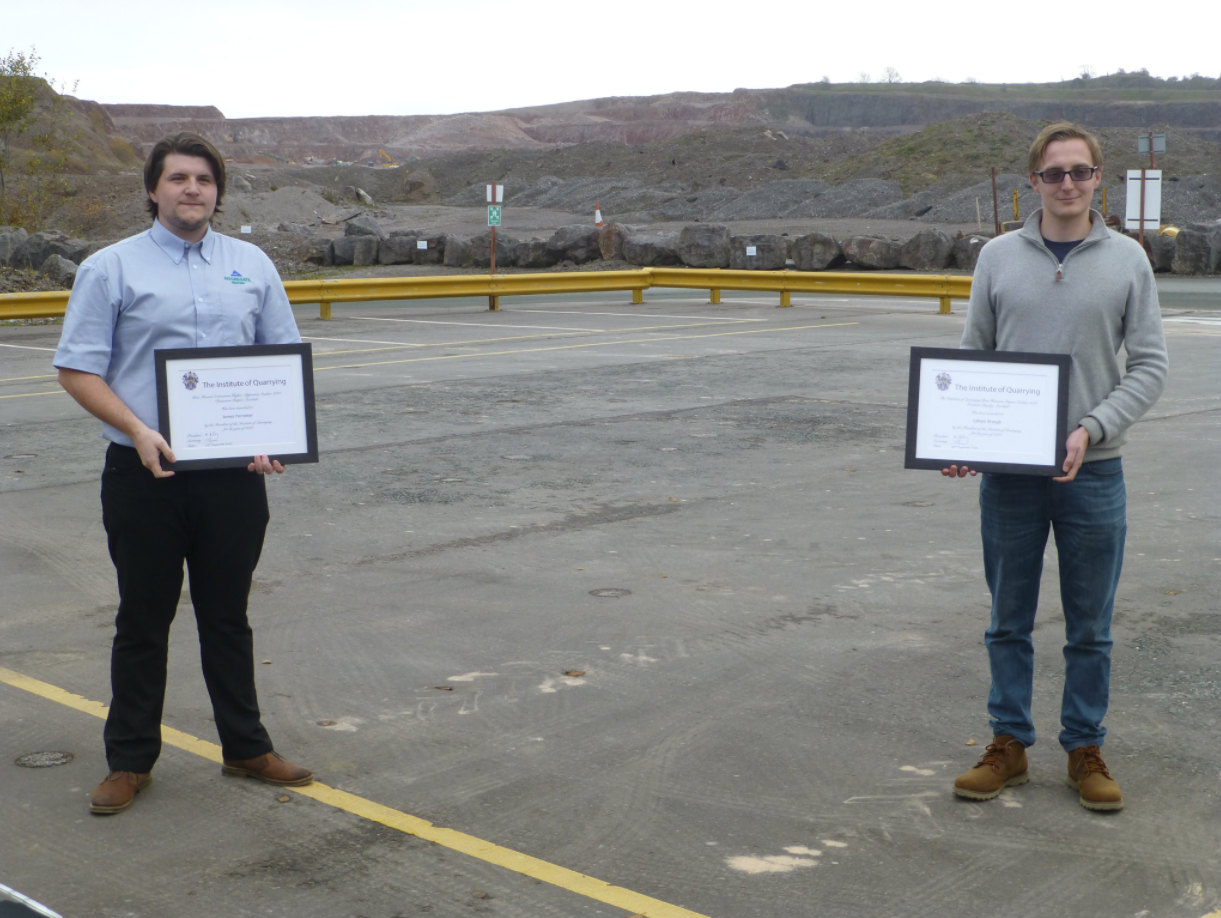 “Each course that I studied delivered subject matter that was useful and relevant, as well as the opportunity to link theory with practical experience. My advice to those wishing to undertake these educational programmes would be to jump in and increase your knowledge!”

Gary Meredith MIQ is Quarry Manager at Hanson UK’s Penmaenmawr Quarry near Colwyn Bay in north Wales. The site is a granite quarry. Winner of the Longcliffe Calcium Carbonates Excellence Award - Year 1 in 2017 and Year 2 in 2018. He explains: “My career benefitted almost directly from winning as at both awards ceremonies I met people who later became my bosses.

“I set out on the FdSc in Minerals Extractives to show what I was capable of with the aim of winning the awards. Currently I am Quarry Manager at Hanson Penmaenmawr, enjoying the challenges that managing a site can bring, along with exciting projects such as reconnecting the site to rail.”

Gary is currently studying on the BSc Minerals Management programme through the University of Derby. He continues: “The benefits of doing the FdSc are huge. It allowed me to show the industry that I had something to offer and that I’m motivated to achieve my potential. The importance and benefits of having a world-wide recognised industry qualification cannot be overstated

“On a more circumspect note, completing the FdSc has given me the knowledge to help keep pushing quarrying into the 21st Century. Whether it’s methods of working or new technologies, by studying on the FdSc I gained knowledge to benefit the site I work on, the company I work for and most importantly reduce the impact we as an industry have on the world around us.”

Gary Morgan is Regional Director for the Hanson UK Asphalt South Region. Winning the Goodwin Barsby Award in 2020 is just part of his continuing success. Gary says: “I have worked in a number of quarrying roles and can honestly say I have loved every day that I have worked for Hanson UK and in the industry. The people I work with are amazing and inspirational, there is a passion to help each other and improve themselves and the business every day; it's infectious.

“I have been lucky enough to have been involved in the Hinkley Point C and HS2 projects and these were challenging both operationally and technically but also great fun. When I worked on the Hinkley Point C project, I remembered an article in a previous Quarry Management magazine on screening and went back and found it. This helped Hanson and me to provide a solution to a challenge we had – producing a very high specification single size material for use in the production of nuclear grade concrete!”

>The University of Derby Centre for Mineral Products Professional Development, in partnership with IQ, delivers a wide range of vocationally-focused courses designed specifically for the quarrying and minerals extractives sectors. Over the past five years, more than 2,000 students have graduated with skills and knowledge to progress in their chosen careers.

James Thorne, IQ CEO, concludes: “We are extremely proud of the compelling partnership the Institute of Quarrying has with the University of Derby Centre for Mineral Products Professional Development. These globally recognised qualifications are intended for anyone who is developing a career in our sector, as well as for those already working in minerals extraction.

“Over the years, we have celebrated many high-performing individuals at the annual IQ Student Awards. What’s always pleasing to hear is how they have completed their qualifications and gone on to excel in their career. We look forward to following the success of more of our colleagues in future IQ Student Awards.”