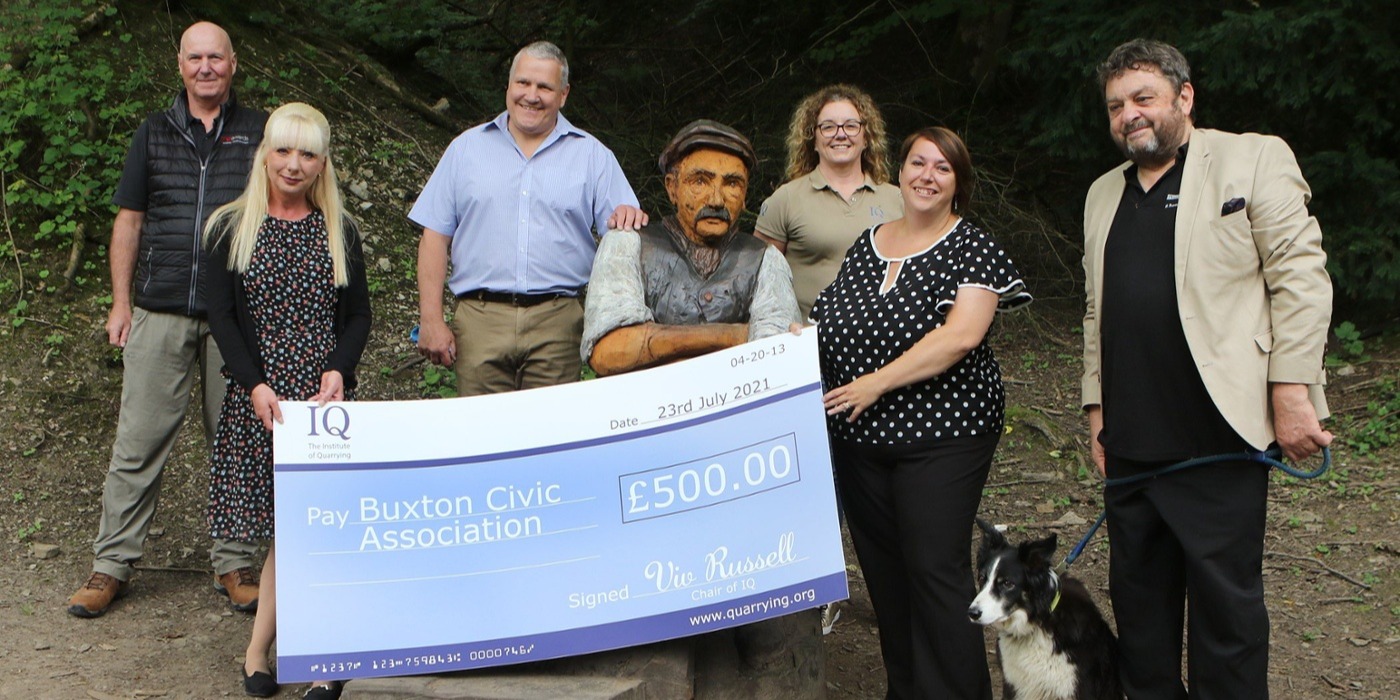 A generous donation from the Institute of Quarrying (IQ) to a campaign to raise funds for a female quarry worker statue in Derbyshire has helped towards reaching the target goal.

The Buxton Advertiser newspaper launched the campaign with an aim to raise £4,000 for a female quarry worker to sit alongside the much loved Jack statue in Grin Low Woods, in Buxton, Derbyshire. The IQ has donated £500.

Viv Russell, from the IQ Derbyshire branch and managing director at Longcliffe Quarries, said: “The Institute of Quarrying is delighted to be backing a campaign which brings awareness to the contribution that quarrying and wider mineral products industry makes every day to the way we live, work and travel.

"It is also really important for us to acknowledge the women in the industry both past and present; women are an integral part of the industry and it's right that they are equally recognised.”

Owners of the woods, Buxton Civic Association (BCA) have wanted to place a female statue there for some time but have not been able to raise the funds so Buxton Advertiser joined forces with BCA to launch the fundraiser.

Louise Cooper is the editor of Buxton Advertiser. She says: “Thank you to the Institute of Quarrying for this generous donation for our campaign. Quarrying continues to be a really important industry in the High Peak so to have the IQ involved in the campaign is fantastic.

"We're really grateful to have had the support of local groups, local businesses and local residents for this fundraiser, which we believe is so important as a way of celebrating the history of our town and surrounding area."

IQ has been supporting people working in the mineral extraction industry for more than 100 years. It has always championed women in the quarries and in 1925 welcomed its first female member, Anne Greaves. She was a quarry manager and developed a new type of artificial cast stone which was vital at a time when the country was rebuilding after World War 1.

Viv adds: “Today women are making equally important contributions in operations, product development, restoration – all aspects of quarrying and the wider mineral products industry. I think the statue is a fantastic recognition of the town’s rich industrial heritage and the women who helped to shape it and will continue to shape it in the future.”

Quarrying brings an important financial benefit to Derbyshire, generating £2.1bn Gross Value Added per year to the national economy. Buxton’s history with quarrying goes back hundreds of years. Limestone workers who worked to quarry out the lime were not just men – women and children were also involved. These small cottage industries developed over the years, to the huge scale quarrying currently is, employing hundreds of people across Buxton and the Peak District.

The campaign has now exceeded its target. This means the same artist who created the statue of Jack the Lime Worker can now create a new statue for Grin Low Woods, which is owned and run by Buxton Civic Association, to honour the female quarry workers of the town’s past and present.